Take an adventure back in time with Bobby Wells! Arriving in 1930 as a 7 year old little girl, Bobby shares vibrant memories of growing up in the coastal hamlet of Port Isabel.

Brought to you by the Museums of Port Isabel’s Telling Our Stories oral history program.

For over two decades the Museums of Port Isabel has hosted a monthly oral history program called “Telling Our Stories”. Featuring a wide variety of topics from the rescue of sea turtles to the history of bricks in the Rio Grande Valley to shrimping history, this program has served to collect the stories that keep the history of the Laguna Madre area alive.

Since mid-March, the Treasures of the Gulf and the Port Isabel Historical Museum have had to close their doors. And with that, came the cancellation of all the Telling Our Stories programming. There are still stories to tell and audience that would love to hear them, so a plan has been put in place to continue the programming.

On Thursday, July 2nd, the first in a series of episodes will kick off with local Bobby Wells. Streamed on Facebook, the event will take us on a route through the streets of Port Isabel for a live conversation about Port Isabel’s history and its people. The format allows for comments and conversation while still being safe.

Scheduled for 2 p.m., the route will give a visual of the Port Isabel of yesteryear. Bobby Wells has been a resident of Port Isabel for the last nine decades and brings a wealth of information and nuances to the conversation of Port Isabel’s history and culture and customs.

Tune in live here: https://www.facebook.com/portisabeltx/posts/10158848636094752. The broadcast will also be posted on the Museum website at www.portisabelmuseums.com. 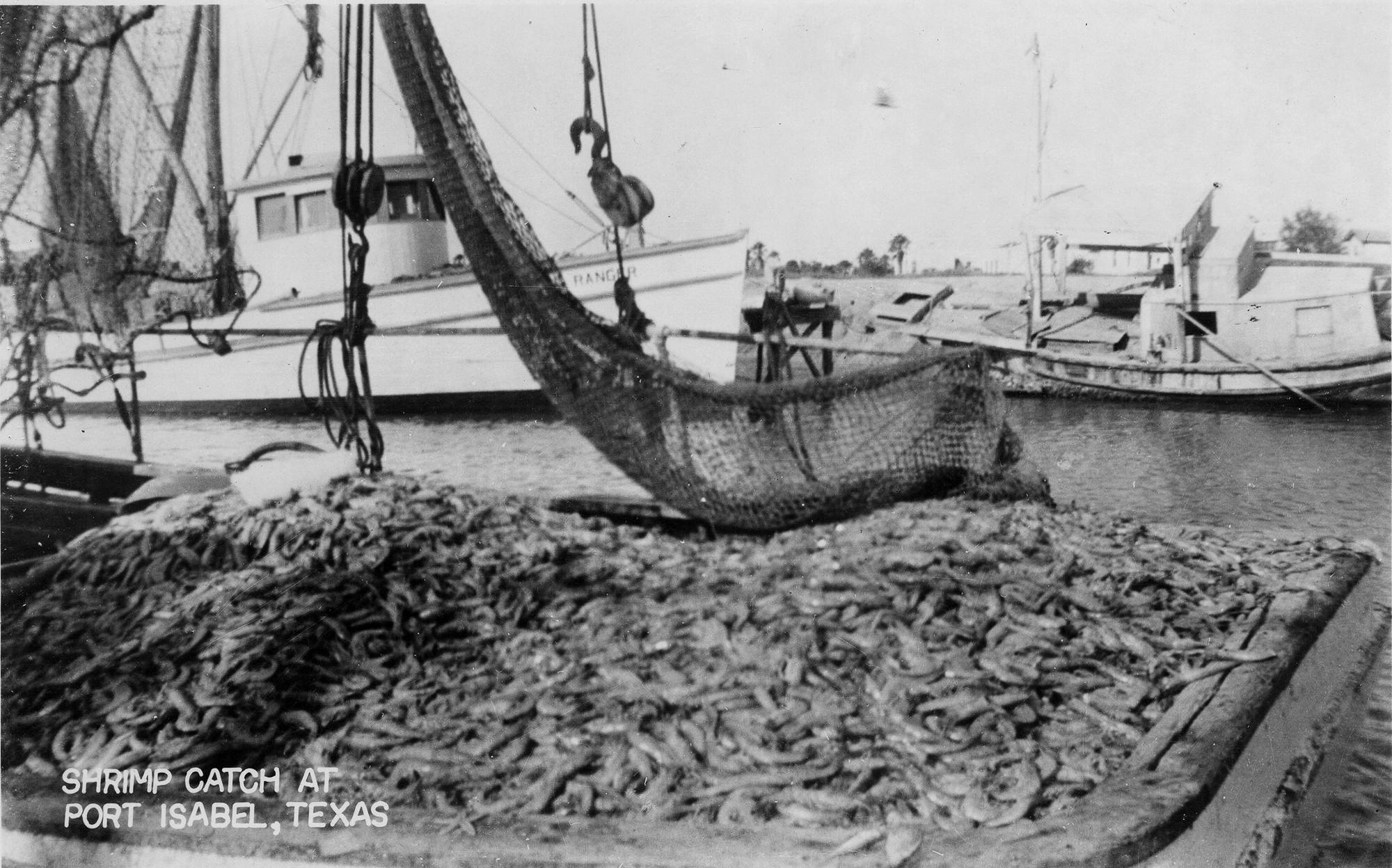 Throwback Thursday: Port Isabel’s close proximity to the Gulf of Mexico meant that vessels had quick access to the gulf waters and abundant shrimp. By 1958 Port Isabel had 10 processing plants and 173 shrimp boats operated from local docks and was known as the Shrimping Capital of the World! A 1968 article titled, “They Farm the Sea”, boasted that Port Isabel had the largest tonnage of shrimp in the United States with an annual harvest of 20 million pounds. In 1967 the industry was valued over $100 million, exceeding tuna and salmon. Restaurants proclaimed, “The shrimp you eat here slept in the Gulf of Mexico last night”. 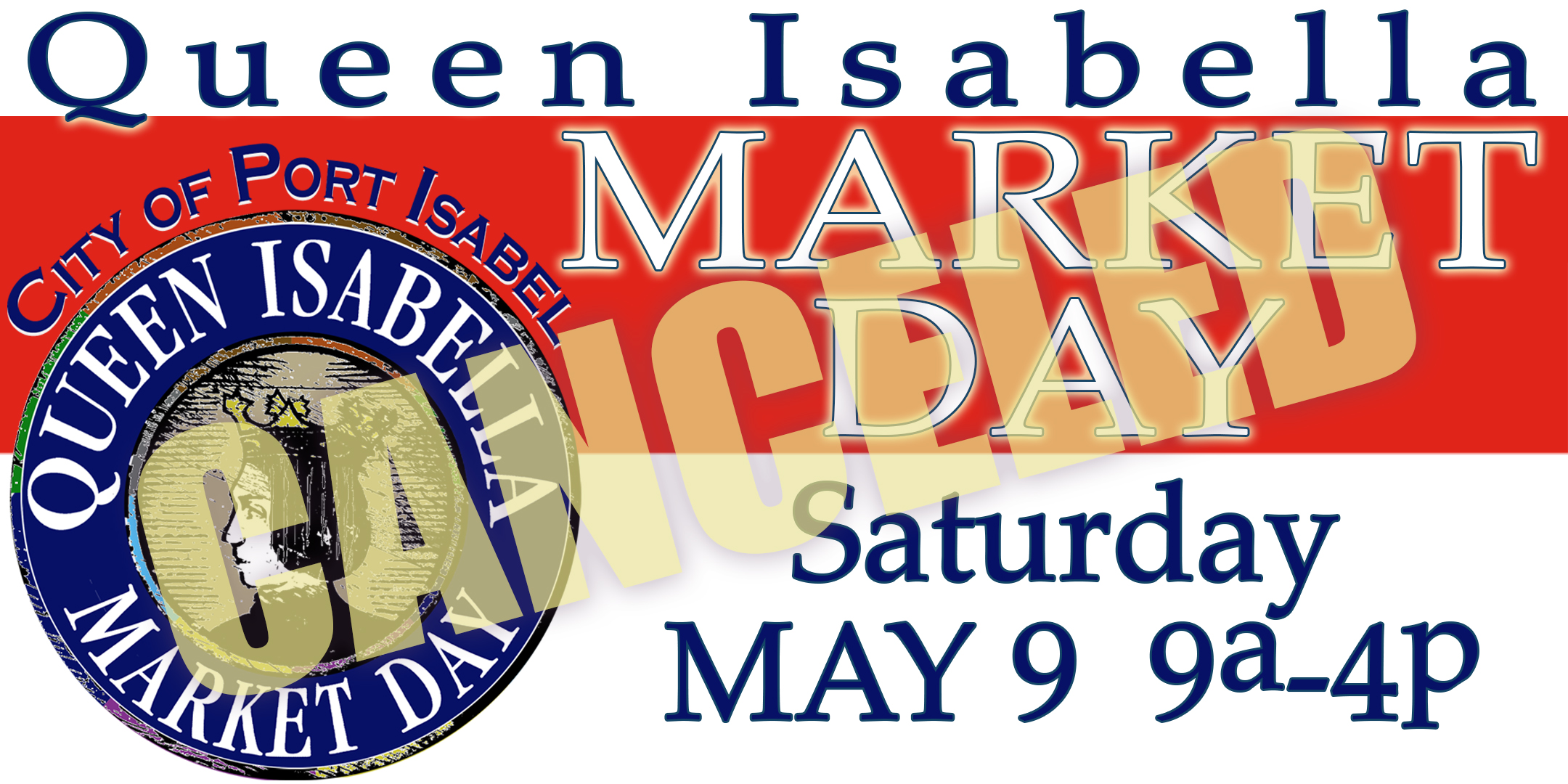 The Museums of Port Isabel and the City of Port Isabel invite you to enjoy a day filled with music, vendors, food, family fun on the grounds of the Historic Port Isabel Lighthouse! Queen Isabella Market Day is scheduled for Saturday, May 9th, from 9 a.m. to 4 p.m.

Special admission price to the Port Isabel Lighthouse and Port Isabel Historical Museum & Treasures of the Gulf Museum, $1.00 each site, all day, Saturday, May 9.

There is no admission charge to the event. Vendors selling collectibles, antiques, local art, jewelry and more will be lining the sidewalks around the lighthouse.

A tent with tables and chairs will offer the opportunity to sit down and relax while enjoying some tasty tamales, baked goods or other dishes local vendors and restaurants will be offering. Or just roll down the grassy hill of the lighthouse! Relax and let us entertain you during a family fun day in Port Isabel!

In 1492, Queen Isabella financed Christopher Columbus’ exploratory expedition to this part of the New World. Community leaders in the Laguna Madre area recognized the importance of this partnership and named not just one causeway in her honor in 1954, but again in 1974, when the second causeway was constructed it too was named in her honor. On July 4, 1954, the grand opening of the first causeway was graced by the Consulate of Spain who was among the dignitaries on hand to cut the ribbon. Queen Isabella is further honored at our annual Queen Isabella Market Day each April on the grounds of the historic Port Isabel Lighthouse. 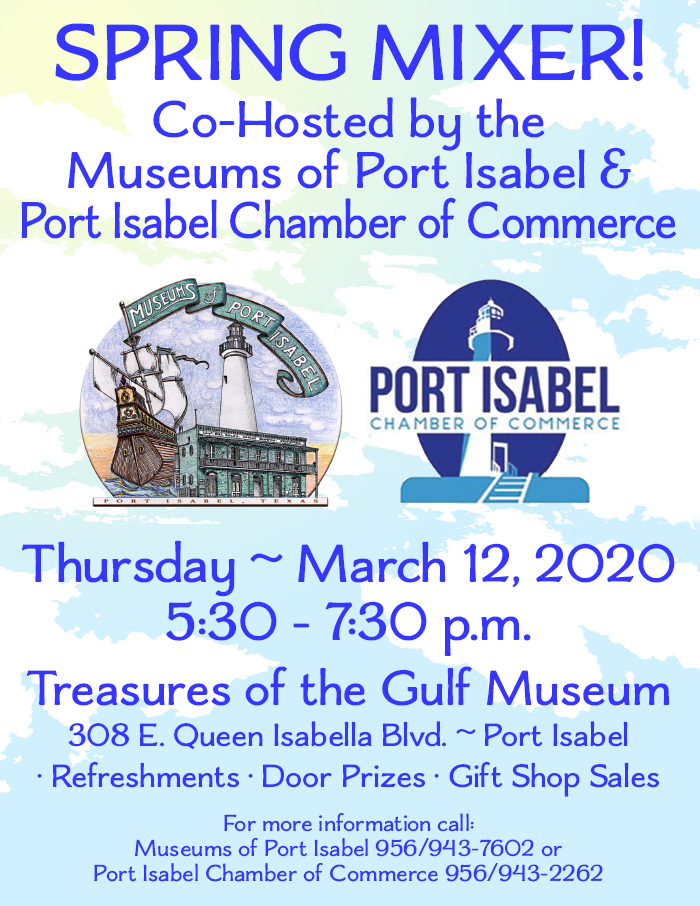 It’s a SPRING MIXER and you are invited! The Museums of Port Isabel and the Port Isabel Chamber of Commerce are co-hosting a mixer at the Treasures of the Gulf Museum.